Born in 1803, Sarah Childress grew up on a plantation near Murfreesboro, Tennessee. Elder daughter of a Captain, she gained something rare from her father's wealth: he sent her away to school. She went first to Nashville, then to the Moravians' "female academy" at Salem, North Carolina, one of the very few institutions of higher learning available to women in the early 19th century. Sarah acquired an education that made her especially fit to assist a man with a political career.

James K. Polk was laying the foundation for that career in Tennessee when he met her. They were married on New Year's Day, 1824. The story goes that Andrew Jackson had encouraged their romance.

In an age when motherhood gave a woman her only acknowledged career, Sarah Polk had to resign herself to childlessness. Moreover, no lady would admit to a political role of her own, but Mrs. Polk found scope for her astute mind as well as her social skills. She accompanied her husband to Washington whenever she could, and they soon won a place in its most select social circles. Privately, Sarah was helping with his speeches, copying his correspondence and giving him advice.

A devout Presbyterian, she refused to attend horse races or the theater, but maintained social contacts of value to James. When he returned to Washington as president in 1845, she stepped to her high position with ease and evident pleasure. She appeared at the inaugural ball but did not dance.

Her entertainments were famous for sedateness and sobriety. Some accounts say that the Polks never served wine, but an 1845 diary tells of how, at a dinner for 40 at the White House, glasses for six different wines "formed a rainbow around each plate."

Only three months after retirement to their fine new home "Polk Place" in Nashville, her husband died, worn out by years of public service. Clad always in black, Sarah Polk lived on in that home for 42 more years, guarding the memory of her husband and accepting honors paid to her as honors due to him. The house became a place of pilgrimage.

During the Civil War, she held herself above sectional strife and received with dignity leaders of both Confederate and Union armies. All respected Polk Place as neutral ground. Sarah Polk presided over her house until her death in her 88th year.

Next Mid-Century Fashion and the First Ladies: From Ready-to-Wear… 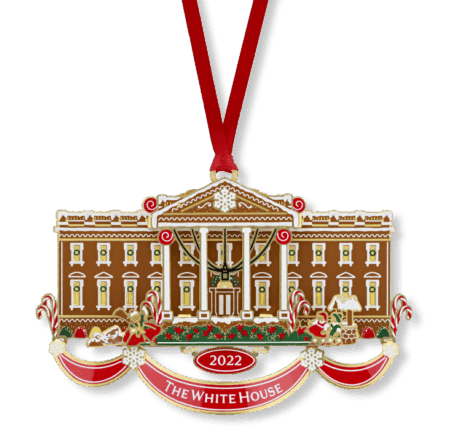